After spending hours upon hours designing my topic blog, it was time to gather some feedback. I, of course, was a little worried.  After all, I had spent hundreds of hours making this blog beautiful – in my mind – and carefully crafting what I considered to be just what the Tennessee Liberty Movement needed – a centralized location for all news liberty in Tennessee.  Then, I realized that I am my harshest critic and I really had nothing to lose.  Well, people could snicker and decide I wasn’t worth the keyboard I typed on and the trackpad I design with but that has yet to happen to this day.  34 years and no one has ever told me (to my face or that I know of) that my completed project was utter garbage and I was void of talent.  So, I figured it wasn’t going to happen now.  Still shaking from fear and afraid of negative feedback, I decided to put myself out there and seek the opinion of the people that mattered most – those involved in the Liberty Movement in Tennessee.

I braced myself for the feedback, dead set that I would soon be hearing what I feared the most – a resounding “that’s terrible” or “why would you do that?” or “it could be better” and so on and so forth.  I poured myself a glass of wine and waited.

The facebook messenger began to buzz and fully expecting  to hear people’s shout of horror, I slowly clicked on each one.  I was ready to Face the Feedback.

To my surprise, I had nothing to worry about.  The problems with my topic blog were the problems I already knew existed.  Each person had great things to say about the design of the blog and the purpose for its existence.

After hearing such positive feedback, I began to feel better about asking for people’s thoughts on the existing content.

The name tn liberty was already taken when the dot wordpress was after it in the web address and “liberty tn” was as close as i could get.  Also, purchasing the domain name is already something I had planned to do – once I could afford it and it would be a worthwhile purchase.

I know, I know.  I’ve been a bit busy.  I also nicely reminded them that this was still a work in progress but I appreciated the reminder.  These pages will contain the contact information for each State Representative and Senator as well as how many terms they have held their position and during election time if they are running unopposed, opposed in their own party, or opposed in other parties.  I will also be adding information about liberty candidates and if they are endorsed by any organizations such as FreedomWorks or Young Americans for Liberty. 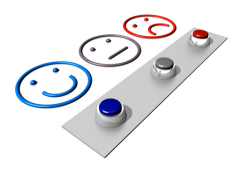 Finally, I was able to ask if they had any ideas for new categories or if there was anything that could be done better.  This question was the only resounding negative comment that I received.  Great. However, to my surprise, it was exactly the problem that I existed:

I was afraid I was right.  I simply do not have the time at this point in my life to run a blog of this caliber and make it one that I can be proud to host.  To make tn liberty be all that it can be – excuse the army quote – I would need a significant amount of time each day to devote to finding, creating, and posting stories.  That, or I would have to acquire a staff to help me.  Running this page would be a full-time job for one person and unfortunately, I don’t have the time while in grad school or the resources to do it for free.  Even though I have a donation widget installed on the blog – not a penny has been donated and nor should it have been – there isn’t anything to donate to at this point. Something will have to change before tn liberty can take off.  Maybe I will be able to think of something this summer.

Overall, Facing the Feedback was not a terrible ordeal.