Explore some new social media tool we didn’t discuss in class. Find some articles about it, practice using it in relation to your beat blog, reflect on what you did and how it went. Please include any relevant links in memo.

After realizing that there are very few social networking sites that I haven’t tried in one way or another, I settled upon Nextdoor.   My neighborhood signed up for Nextdoor about a year ago but only recently have members become regular adopters of this great tool.  I created my account soon after our neighborhood became available but didn’t pay it much attention because I assumed it would be like a million other sites and social tools that I have signed up for, downloaded the app, and a few months later deleted it from my phone or forgot about it all together.  Typically this happens because NO one else signs up. If they do sign up, they tire of it quickly.  It is no fun to use a social networking site with yourself. 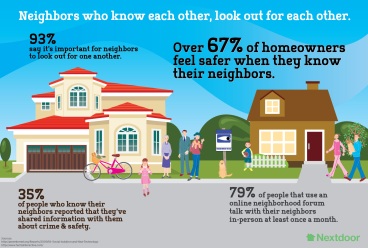 But Nextdoor was different.  Sure, it wasn’t the fastest social networking horse out of the gate, but little by little neighbors began to trickle in.  Recently, I realized that almost 87 neighbors (67 of 432 households) have joined my neighborhood Nextdoor.  Each neighborhood’s name follows Nextdoor and that is how your community interacts.  So, for example, if my neighborhood was named “Willowing Woods” then my community would be called, Nextdoor Willowing Woods.  Not only have a decent number of neighbors joined Nextdoor but they are actually starting to use it with consistency.   Sure, it’s a little annoying that some people incessantly want to sell used items or how several older women want to continue discussing a pack of 3 “wild” dogs (one brown, one white, and one brown with white spots – I know this by heart and I’ve never seen the dogs) that have been roaming the neighborhood on and off for the past 3 months.  I guess it could be worse.

However, for all the irritants of real life that it brings into my online world, iI have found it to be rather useful for several things. 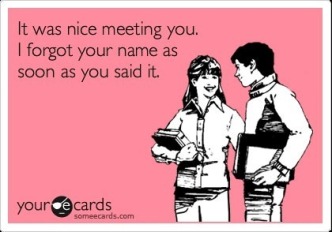 1.  Remembering my neighbors name.  Who am I kidding?  I didn’t know their names so there wasn’t a chance that I would ever remember them.  And if we’re being honest, most of the time for the past two years, I didn’t even know I had neighbors.  I was traveling so much that every time i returned home for any length of time and found myself out and about, I was constantly shocked that buildings had been torn down and not only had retailers and restaurants gone out of business, they had had the time to change owners, repaint the signs, fix the furnishings and reopen the doors.  WHo knew?  Anyway, with Nextdoor I can look up a particular neighbor and see exactly where they live.  This comes in handy when I meet people while walking my dog but can’t remember what they said their name was.  If would be a lot more helpful if more people would choose to upload a profile picture but hey, at least a relatively older neighbors are using the internet computer webs.

2.  Last week, there was a shooting on the outskirts of my neighborhood.  It’s a fairly small community tucked away in a nice part of “almost midtown” memphis.  Many people don’t know the neighborhood exists and we like it that way.  However, we are in the middle of a “cut through” between two..how shall I put this…I’ll just take a word from the elderly neighbors’ arsenal….two “unsavory” parts of town.  When something happens here, it is usually found to be because of someone “cutting through” or at least that is what everyone says.  I honestly don’t pay enough attention to know for sure but it seems pretty spot on.

Let me preface this story with this:  As you all know, I am an avid supporter of liberty and the US Constitution and that includes our 2nd Amendment rights.

This incident occurred last Thursday night (5/1) at 8:10pm.  The sun is staying out later and the weather is warming – which means more people are out and about.  Apparently, a man was out for a walk, when another man (the suspect) hit him from behind causing him to fall to the ground.  The suspect then stood over the man and demanded his belongings.  The victim, on the ground, had a TN Handgun Concealed Carry Permit and was carrying his firearm on his person.  He drew his weapon and fired, wounding the suspect.  He called 911, MPD arrived and checked his permit and rushed the suspect to the Med, where he later died.  If a neighbor, Elle Perry, had not posted an article from the Memphis Flyer about the incident on Nextdoor, many of us would not have known.

3.  In my line of work as a grassroots activist and organizer for the liberty movement and the Tennessee Firearms Association I believe that Nextdoor is not only helpful for maintaing contact with neighbors or in my case, figuring out that you have neighbors but also for helping with GOTV campaigns.  Due to the privacy policy (which I very much agree with) of Nextdoor, you can’t use the neighborhood lists to develop walk lists that are sharable for campaign but I am able to get to know my neighbors on a more personal level through their posts and community events.  This greatly helps to grow my network and that is never a bad thing. 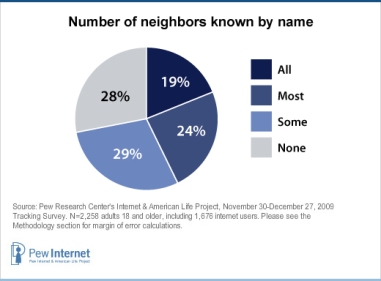 Did you know that 29% of Americans know only a few of their neighbors and 28% don’t know any of them by name? Thanks Pew Research Center for letting me know that i’m not alone.

Check out this interesting article about how Nextdoor is “releasing its second generation service to its users, giving them a redesigned interface, the ability to connect with nearby neighborhoods, and and includes an enhanced focus on creating a virtual neighborhood watch to help fight crime in the area.”

On a lighter note, “Nextdoor.com Is My Favorite New Stalking App,” is written by BuzzFeed’s Erin La Rosa on her personal blog and is an entertaining read.

See below for more about Nextdoor.com

What Is Nextdoor?
“Nextdoor is the private social network for you, your neighbors and your community. It’s the easiest way for you and your neighbors to talk online and make all of your lives better in the real world. And it’s free.”

Connect with your neighbors to stay informed and share useful local information.

Look out for each other and send updates to keep the neighborhood safe.

Find a great babysitter or trusty dentist. Borrow a ladder or sell that old bookcase.

People are using Nextdoor to: 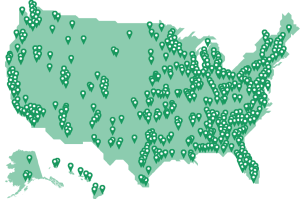 Over 34,000 neighborhoods are building stronger and safer places to call home.

Nextdoor‘s mission
“We created this company because we believe that the neighborhood is one of the most important and useful communities in a person’s life. We hope that neighbors everywhere will use the Nextdoor platform to build stronger and safer neighborhoods around the world.”

Based in San Francisco, California, Nextdoor was founded in 2010 and is funded by Benchmark Capital, Greylock Partners, Kleiner Perkins Caufield & Byers, Tiger Global Management, and Shasta Ventures as well as other investors and Silicon Valley angels.

“Fences are sometimes necessary. But online privacy is always necessary. Nextdoor makes it safe to share online the kinds of things you’d be okay sharing with your neighbors in person.”

Here’s how they do that:

On a side note:

If you do not have your TN Handgun Permit, I highly suggest that you take the class and retain your rights.  Range USA is a phenomenal local business and I recommend taking their class.  They even offer a women only class!  You can read the class descriptions here.